By Jerry | April 29 2019
When we set out to create the best quality gaming products, little did we know that a MSI Gaming Monitor would be able to stop an actual, physical bullet.


A Bullet? For Those Out of the Loop, Here's a Recap

On the 4th of March, 2019, gamer and student Eric Gan was rudely awakened by loud banging noises at 4 AM in Fresno, California. Upon further investigation, he found that his apartment had played host to five (5) bullets shot from someone standing across the street.

While 4 bullets had firmly implanted themselves into various walls and ceilings, one bullet came dangerously close to coming into the vicinity of Eric’s bed, had it not been stopped by an unexpected shield. An MSI Gaming Monitor. Yes. An MSI Optix Monitor actually stopped a bullet.

The MSI Optix G27C2 27” Monitor sitting on his desk stopped the bullet dead in its tracks. Eric found the bullet lodged into the back of the monitor when he woke up to investigate the loud noises. Although we may not have designed MSI monitors to stop bullets, we’re sure glad that it did!

What’s more, even after being shot at, the monitor continued to function perfectly. Eric’s faithful Optix G27C2 gaming monitor continued working just fine, as if nothing had happened! A #BulletProofMonitor indeed.

How Did This MSI Gaming Monitor Stop a Bullet?

News of this event soon grabbed the attention of several news outlets (PCGamer, SnackNews, guru, to name a few). Many explored the construction of the monitor to find out exactly how a monitor managed to stop a bullet.

We investigated it as well. Heres why the bullet couldn't pierce the back of the monitor.

MSI gaming monitor is built to last. To accomplish this, we implement several layers of protection behind the display. One of these layers, a zinc-coated steel plate is primarily used to prevent rusting. In addition to preventing rusting, using sturdy components in curved monitors help maintain their structural integrity for far longer.

The bullet that hit the monitor didn't manage to penetrate this zinc-coated steel plate and this was where the bullet was found lodged. 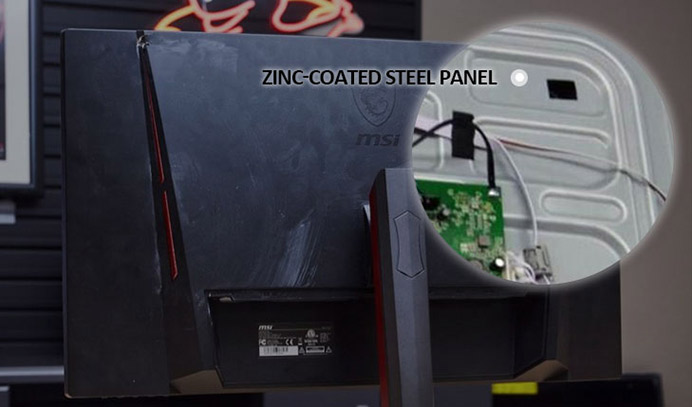 Who knew? The sturdy steel plate not only prevents rusting but apparently also stops bullets!

Here's the in-depth explanation about how MSI's gaming monitor still functions after getting hit by a bullet.

As soon as we found out about the incident, one of our representatives reached out to Eric on Reddit to ensure that he was unharmed. Out of goodwill, we also offered to send over a brand-new MSI monitor and some MSI swag to replace the monitor that had been ruined by one of the most bizarre, and frankly, terrifying, incidents we’ve come across so far. 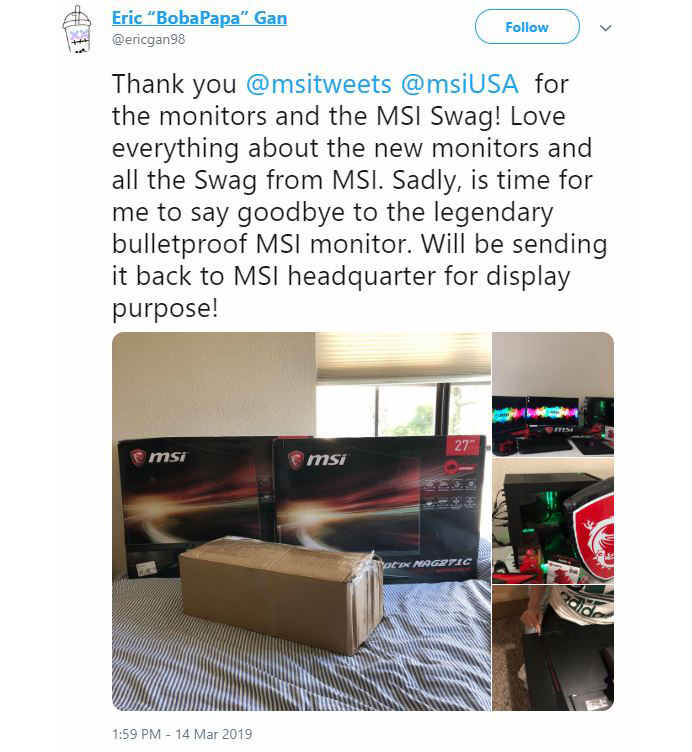 Support also poured in from the gaming community on Twitter, Facebook, and Instagram with well-known streamers and influencers expressing their concern and shock about Eric’s ordeal.

Some took it a step further, making funny videos about a gaming monitor stopping a bullet. A popular Dota 2 Streamer, PindaPanda, took to Instagram and Facebook with a hilarious video where she pretends to use an MSI monitor as a shield when being scolded by her mother.

Other popular names in the gaming and tech community, like Edgar (@Ed_TechSource) and Nick Polom (@NickPolom), retweeted Eric's original post, thanked MSI, and expressed relief that no tragedy befell those involved in the incident. Except, perhaps a bullet hole in a still-working MSI monitor that is.

Inspired and shocked by the potential ramifications of this unfortunate and potentially deadly incident, MSI decided to contribute to a great, relevant cause. We promised to donate $1 for every retweet (up to $10,000) to a non-violence charity that works towards preventing gun violence.

The charity that we chose was – March For Our Lives (Twitter - https://twitter.com/AMarch4OurLives) –

an organization working to harness the power of young people across the country to fight for sensible gun violence prevention policies that save lives.

As expected, our beloved community came together almost instantly and the post garnered 10,000 retweets the very same day. Kudos everyone!


The Aftermath: Delivering on the Promise

Eric later posted an update where he confirmed that neither he nor his apartment had been targeted by an attack. The stray bullets entered his apartment when someone randomly fired a firearm into the air from across the street.

As promised, MSI and Eric donated the full $10,000 to March For Our Lives (MFOL). Here's a quote from them:

We pass on this appreciation to our community who came together to support a good cause when the time called for it. Thank you all!

To ensure that we continue creating products like the #BulletProofMonitor, MSI pledges to ensure that we never compromise on quality. You’ll continue to enjoy an array of MSI products, now and in the future, built using only the very best materials. However, we’d prefer it if no one ever needs to use our products as a shield against incoming bullets! 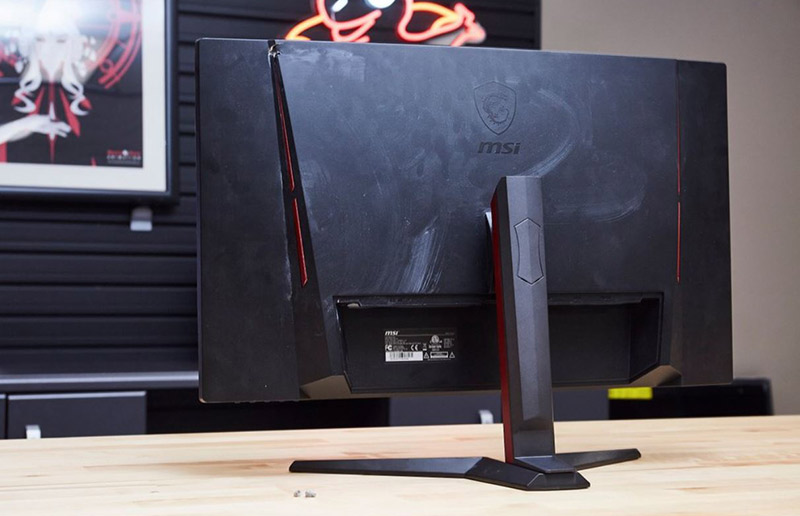 April 29, 2019 Exploring the MSI “Bulletproof Monitor” Incident- What Happened?
Subscribe to Our Blog