By {{blogList.blogAuthor}} | {{blogList.date}}
You must be wondering, WHO IS LARRY? Obviously, Larry is a guy that feels happy even if he's heading back to school. How is that even possible? Let's find out the secret recipe of Larry! 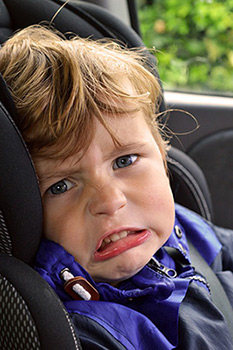 Feeling Down in the Dumps…

Do you often feel depressed and under pressure when going back to school? Thinking of all those works and tests you're going to face makes you even bluer. However, it is not a good mental state for people to remain depressed. When thinking of some ways to get rid of it, playing video games often arise in one's mind. That is also a key ingredient in Larry's happy recipe. "But my parents don't let me play video games," "Will playing video games affect my academic performance?" questions like these may be popping into your mind, but hear me out.

First, the major problem: parents. When we think of the relationship between parents and video games, usually it’s not on good terms. We have the impression that dad and mom yelling at us trying to shut down games and urge us to study. However, time has changed. Playing video games can be a family activity. Families can interact through playing games, it can be an amusing way for people to bond with each other. Having a great time with parents and doing the things we love at the same time definitely kills two birds with one stone! Second, as to the effect of academic performance, that should be solved by you. Once you can balance work with games, it won’t be an obstruction. Not to mention being a responsible person is a positive attribute for everyone. When you can take responsibility for yourself, it is also a beneficial bargaining chip with your parents about playing video games during leisure time. So, the two major problems are solved now. Only one step more and you are ready to grin from ear to ear!

Gear up for great in-game performance!

Most video games can't be played without graphics card. When it comes to gaming, the MSI GAMING series Graphics Cards have earned a legendary status of excellence. Both the Tri-Frozr and Twin Frozr thermal designs are well known to provide the best balance between cooling and being silent. Other innovations include a metal backplate which uses thermal pads to help cool the card while also helping to prevent bending. Beyond that, the MSI GAMING series offers more premium features such as beautiful Mystic Light RGB lighting which can be controlled and synchronized together with other RGB products. They say it's not about what exactly you want to buy, but about the timing you decide to. You’re in luck! We are currently running a Back to School promotion, many of designated GAMING series Graphics Cards are really a steal!

Now that you know the secret of Larry, isn't it an easy and happy method? Playing video games opportunely is a very good adjustment for life back in school. Say goodbye to all your "Back to School Blues" in an easy way, video games can make them go away. What are you waiting for? Get those muscular weapons now for the best price! Accompanied by MSI GAMING series, the strongest backup, you are now ready to roll! You can find different promotion programs in the landing page of your region and get more information there.