MSI Alpha 15 — Welcome to the era of 7nm laptop gaming

Buying a gaming laptop is not just about looking at the specs anymore. Sure, you can have all the power in the world by stuffing in uber-powerful hardware, but gaming encompasses much more than the mere specs of a device. The hallmark of a great gaming laptop is that its hardware fades away into the background, and it puts your game at the center by offering the best-in-class experience in visuals, audio, and processing power. MSI, a veteran in the world of gaming laptops, has created a product that does just that. Meet the new Alpha 15. 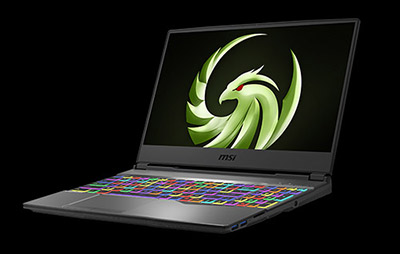 If you ask what makes the Alpha 15 stand out from other gaming notebooks, then there are many reasons that can be given as an answer. How about the fact that it is the world's first 7nm gaming notebook for starters? With a quad-core AMD Ryzen 7 3750H Zen+ APU and the world's first implementation of the latest AMD Radeon RX 5500M "Navi 14" GPU with 4 GB of GDDR6 memory, the Alpha 15 is built with the requirements of gamers in mind. Also, there are the classic MSI features that you know and love including the high-refresh rate FreeSync display, the SteelSeries RGB keyboard, Giant Speaker technology, Killer LAN and Wi-Fi, and most importantly, Dragon Center.

In this article, we will describe four reasons why the Alpha 15 could just be your next gaming laptop, so let's get started. 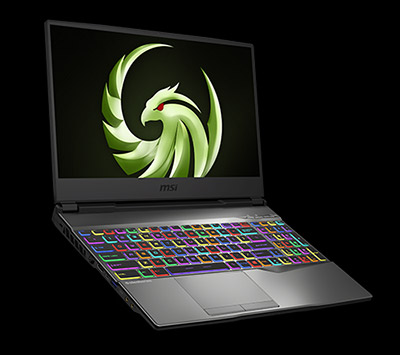 Screen-tearing artifacts occur when there is a mismatch between the refresh rate of the display and the fps output of the graphics card. A majority of mainstream gamers, unfortunately, have no choice but to tolerate screen-tearing or use V-Sync to cap the frame rates at 60 fps while also suffering from perceivable input lag. This puts them at a significant disadvantage, especially in multi-player maps where every frame is critical.
The MSI Alpha 15 fills a large void in the current gaming laptop landscape with optional AMD FreeSync-capable high-refresh rate displays. You can configure the Alpha 15 with a 120 Hz or 144 Hz FHD IPS-level panel that offers excellent color reproduction with a near 100% coverage of the sRGB color gamut.


2. A large selection of games optimized for Radeon

The latest AMD Navi GPU architecture lets you extract the maximum visual fidelity from your games, and with the introduction of the 7nm AMD Radeon RX 5500M in the MSI Alpha 15, you can feel rest assured of an immersive 1080p Ultra gaming experience. Popular titles such as Battlefield V, World War Z, League of Legends, Counter Strike: Global Offensive, Monster Hunter: World, and many more come with Radeon-specific optimizations that give you a competitive edge.
The RX 5500M also brings supports for AMD FidelityFX — a toolkit that combines Contrast-Adaptive Sharpening (CAS) and GPU upscaling to offer higher visual fidelity. CAS helps offer more details around the edges so you get crisp-looking visuals without severe performance penalties. 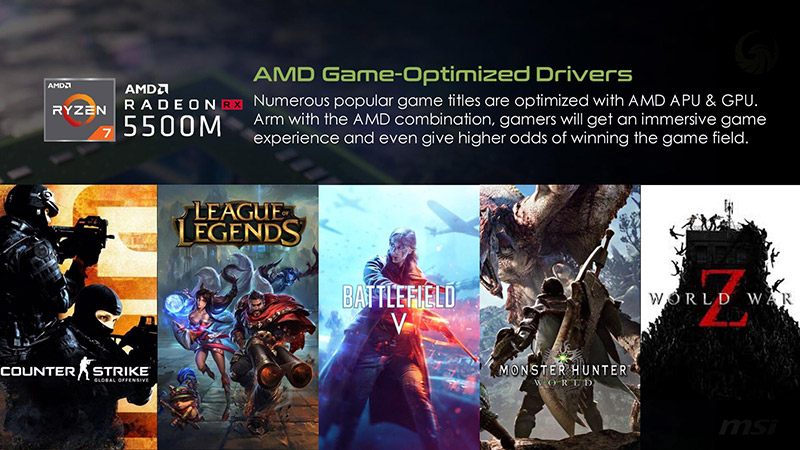 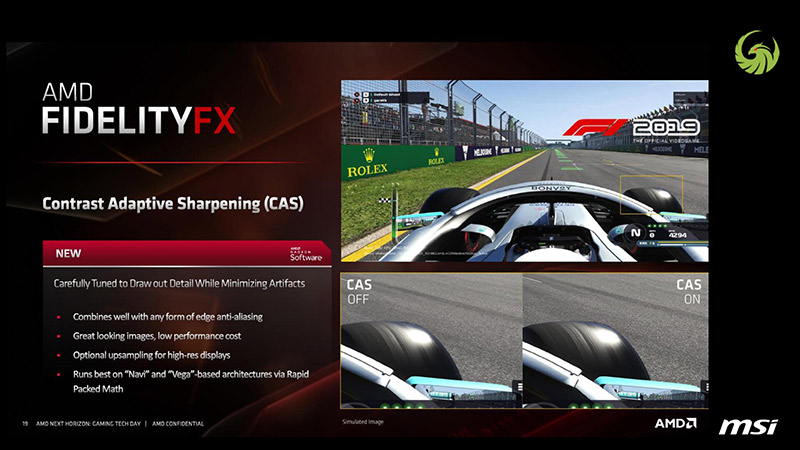 The power of the Radeon RX 5500M is made evident by the Alpha 15's performance in synthetic and gaming benchmarks. When compared with other popular AMD Ryzen 7 3750H-powered laptops, the Alpha 15 performs up to 20% better than a GTX 1650 and also shows good gains over a GTX 1660 Ti in synthetic GPU benchmarks such as 3DMark. 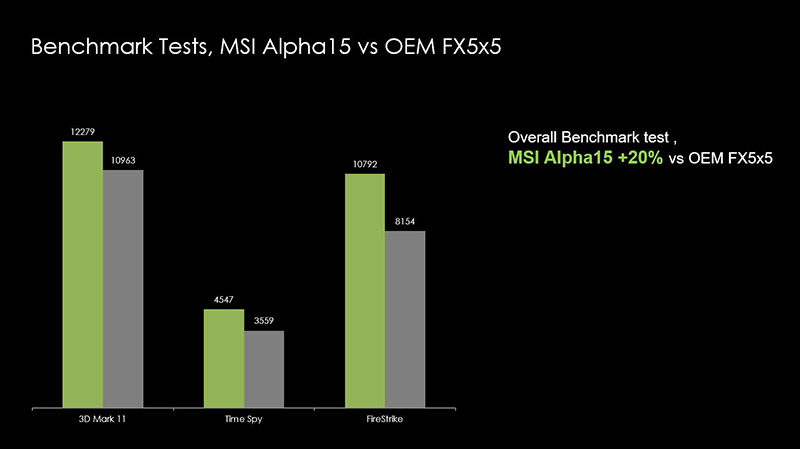 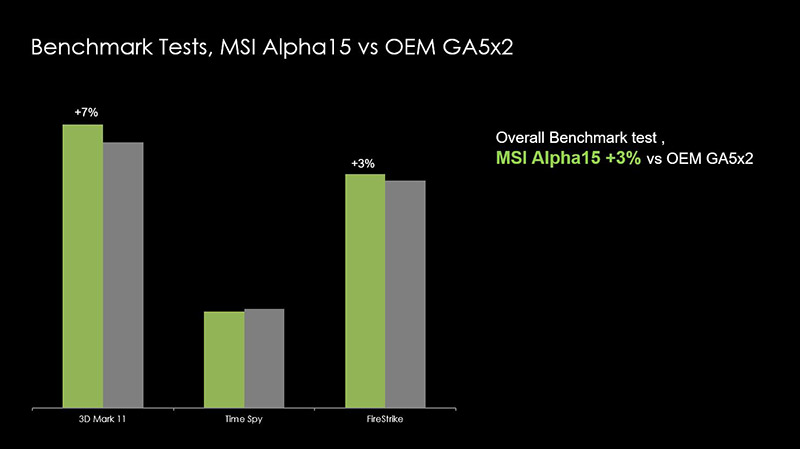 Gaming performance is up to 23% higher than a GTX 1650 laptop and up to 8% higher over a GTX 1660 Ti one. Gamers will be delighted at the fact that the Alpha 15 featuring the Radeon RX 5500M is an excellent choice for playing modern AAA titles at full fidelity at 1080p. 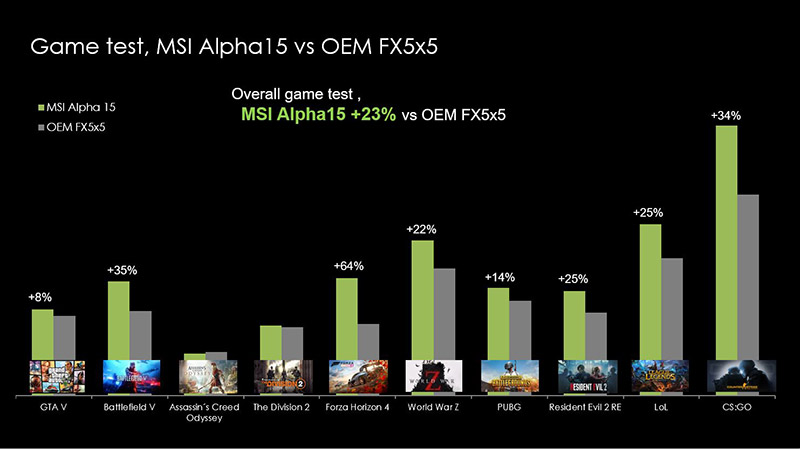 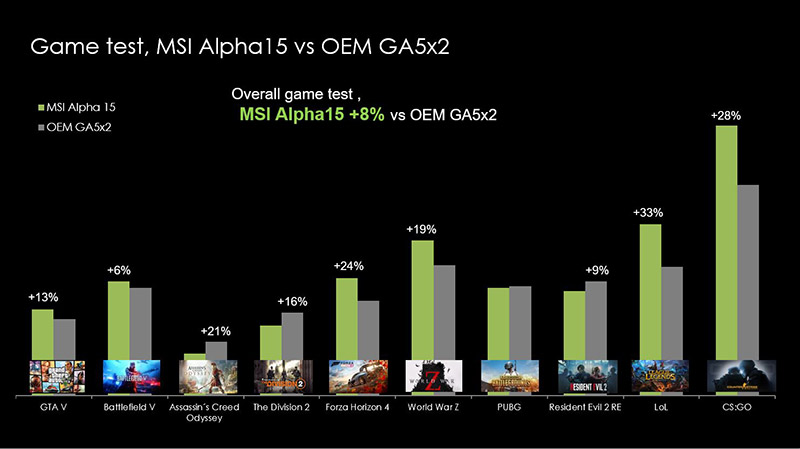 If you happened to read our article on laptop cooling, you will know that designing a cooling system that allows for consistent sustained performance is not a trivial task. Powerful laptop components require capable cooling solutions so you can experience a consistent gaming performance without frame rates dipping from 100 to 10. The Alpha 15 incorporates MSI's Cooler Boost 5 cooling solution that comes with seven heat-pipes, three exhausts, and 37 fan blades.
The bottom panel of the Alpha 15 offers an increased 134% air-intake area that allows for 10% better overall airflow. So, whether you are in the middle of a crunch fragging session or immersed in a creative project, you can count on the Alpha 15 to offer long periods of sustained performance without breaking a sweat. 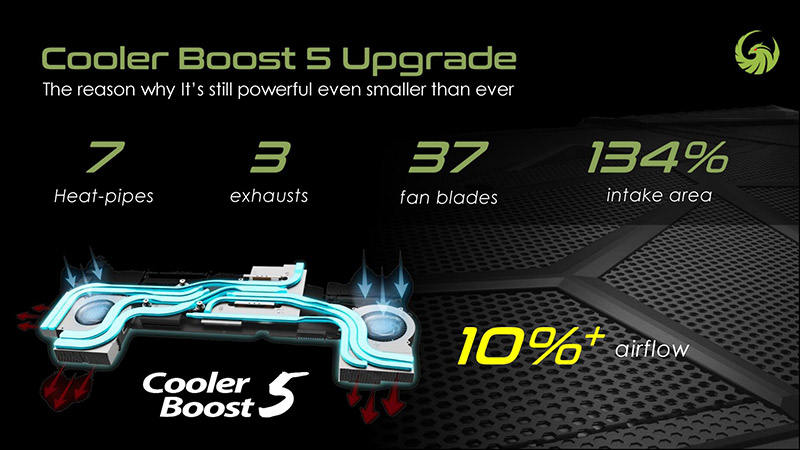 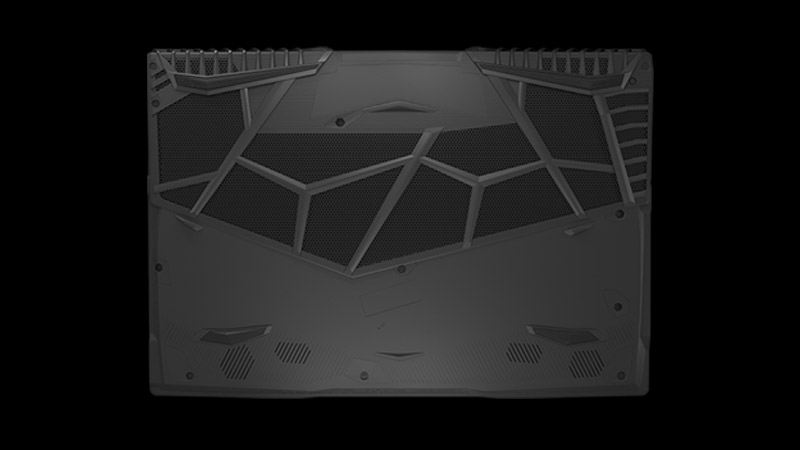 4. Features that elevate your gaming experience

MSI laptops come with several features that complement your gaming experience and allow you to incorporate your own unique personality.

The Alpha 15 comes with the SteelSeries keyboard powered by the extensive customizations offered by SteelSeries Engine 3 (SSE3). You get features such as per-key RGB lighting that can be customized according to the game and extensive macro programming for assigning shortcuts for commonly used tasks. 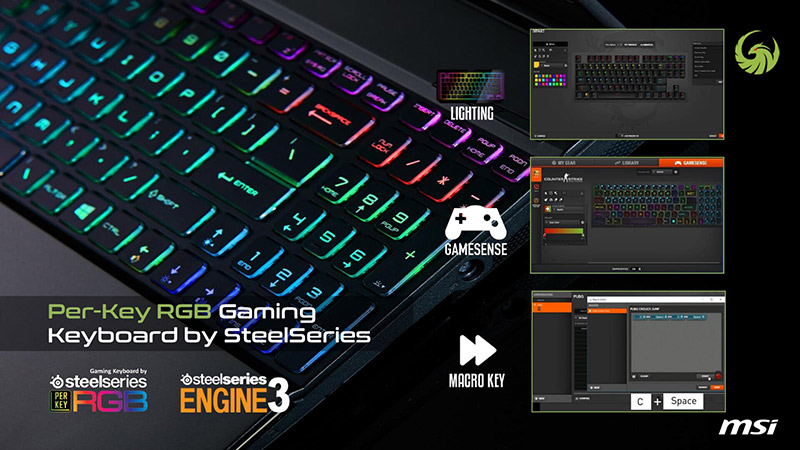 The Alpha 15 sports MSI's Giant Speaker design that offers dual 2 W stereo speakers with a 5x larger chamber volume for significant gains in volume and clarity compared to conventional laptop onboard audio. Nahimic 3 audio enhancements ensure that you are able to hear every nuance in the audio while being able to assess the direction of sound in 3D space. Nahimic also provides improved voice clarity and background noise suppression for clearer online conferencing.
For more information on how Giant Speaker and Nahimic 3 help improve the aural experience, please refer to our article on Designing a capable laptop audio subsystem. 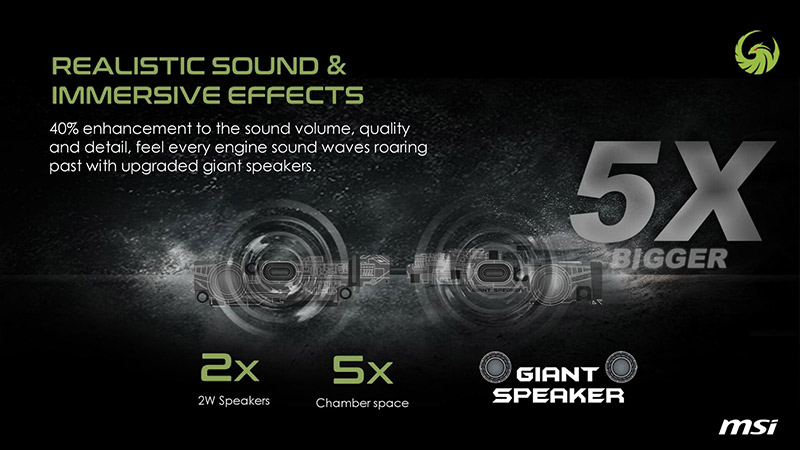 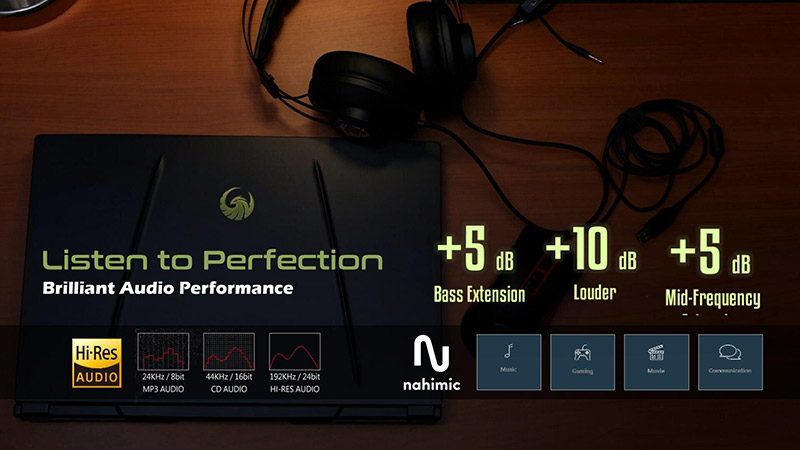 A host of audio enhancements are available for an immersive aural experience. (Image Source: MSI)

Success in online multiplayer gaming requires a highly stable connection with the availability of the required bandwidth and minimal latency. Often, multiple background processes vie for the same available bandwidth, which can result in lags and put you at a disadvantage. The MSI Alpha 15 comes with Killer LAN and MU-MIMO wireless modules that offers fine-grained control over traffic prioritization and optimizes latency for smooth online gaming, irrespective of Ethernet or Wi-Fi. 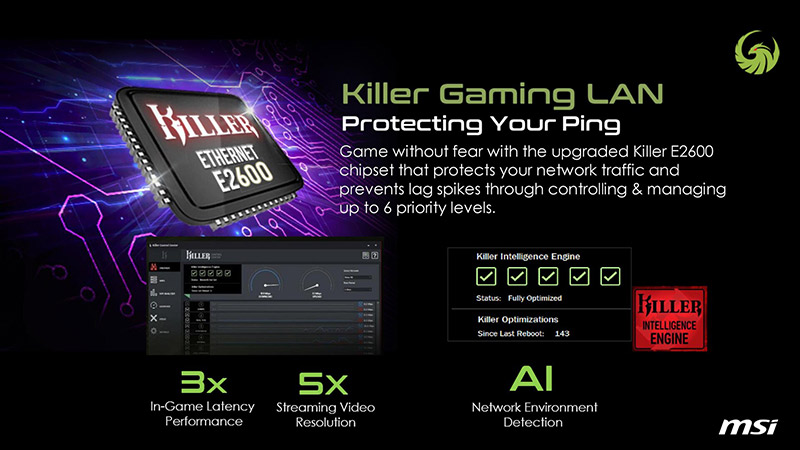 Any gamer would want to extract the maximum performance out of a gaming notebook with minimal fuss. Dragon Center helps you do just that. With Dragon Center, you can tune the performance of the Alpha 15 on-the-fly without having to wade through a myriad of BIOS settings. You can also apply game-specific enhancements with the flick of a toggle and set your own custom clocks and fan curves, all from an easy-to-use, intuitive interface. 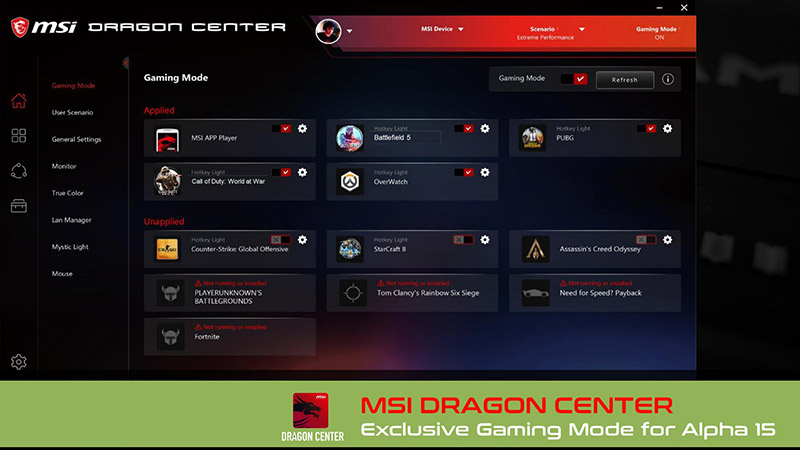 Ever wanted to ace an Android game like PUBG: Mobile but felt your smartphone's touch response was not really competition-level, or it did not have the muscle to run the game smoothly for longer periods? If so, you may want to take a look at MSI App Player. MSI App Player is an Android emulator made in partnership with Bluestacks that enables you to run all popular Android titles while taking advantage of the Alpha 15's features such as the high-refresh rate display, custom RGB lighting, and keyboard and mouse support. 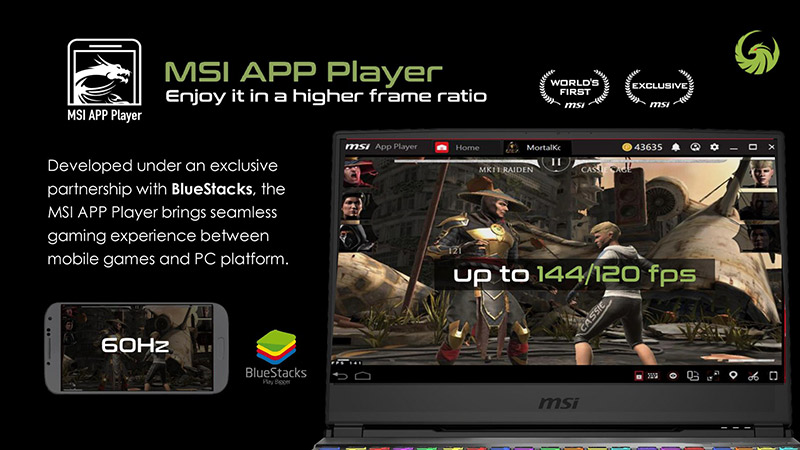 The MSI Alpha 15 is an excellent proposition for gamers at the US$1,300 price point. It offers features not normally found in other gaming laptops in this price without cutting too many corners. Powered by a powerful all-AMD combination of a Ryzen 7 3750H Zen+ CPU and, for the first time in a gaming laptop, the 7nm AMD Radeon RX 5500M "Navi 14" GPU, the Alpha 15 is great not only for gamers but also for creators who would benefit from this added horsepower. 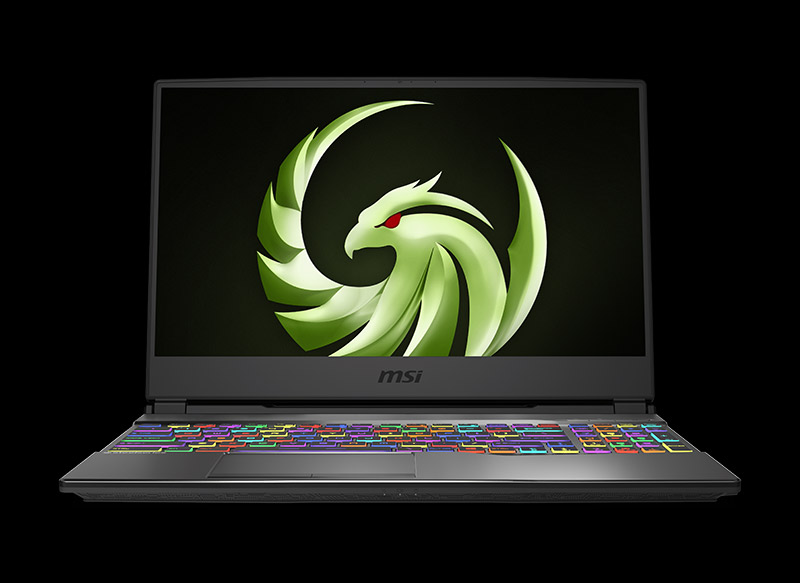 The MSI Alpha 15 offers the best of AMD at an enticing price. (Image Source: MSI)

The Alpha 15 is one of the very few gaming notebooks to offer an AMD FreeSync-capable high-refresh rate display that covers nearly 100% of the sRGB color gamut at this price range. With today's popular triple-A titles optimized for Radeon graphics, gamers can be sure that they are getting a finely tuned experience for their favorite game out-of-the-box. Enhanced laptop cooling made possible by Cooler Boost 5 ensures that concerns about thermals and throttling in a slim chassis are a thing of the past.

Combined with the added benefits of MSI features such as the SteelSeries keyboard with per-key RGB lighting, enhanced onboard audio made possible by Giant Speaker technology and Nahimic 3, lag-free networking with Killer LAN and Wi-Fi, on-the-fly system tuning via MSI Dragon Center, and the ability to run Android games at native settings with MSI App Player, the MSI Alpha 15 is one gaming notebook that you would be wise to take notice of. 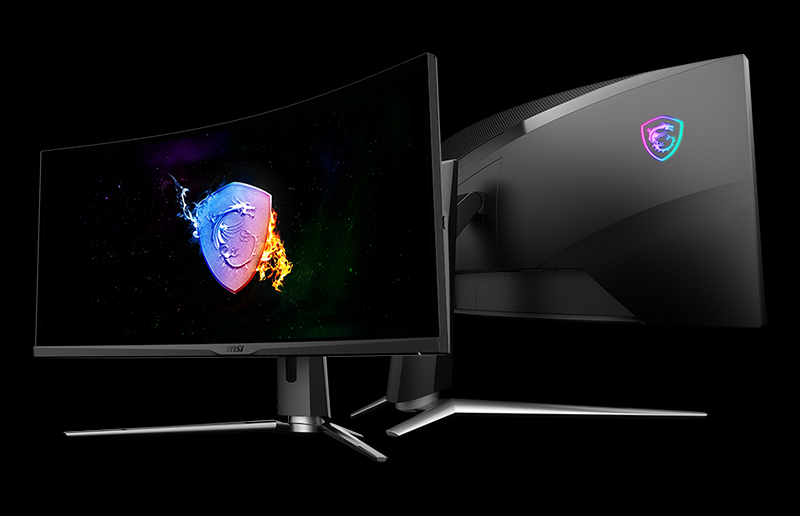 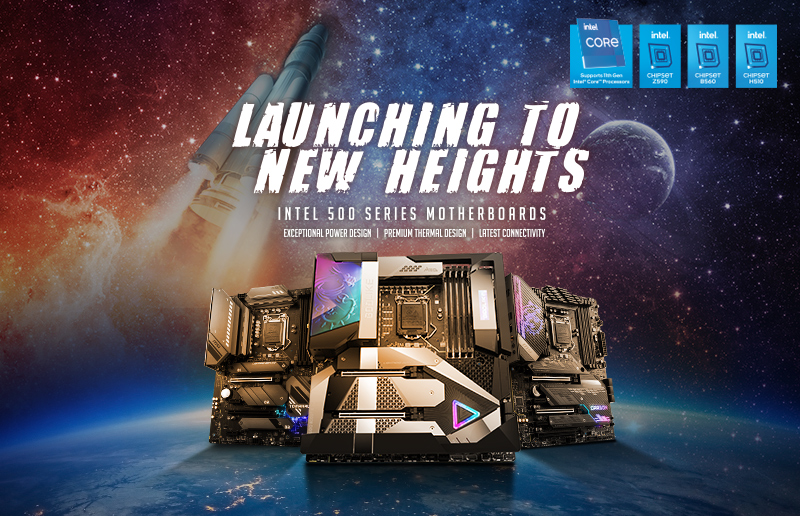 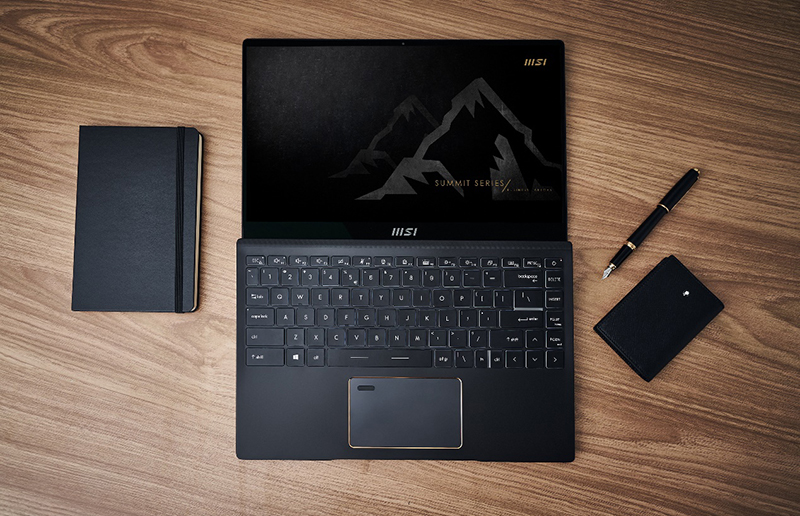