Starting with the Series…

A good first step is to start from the broad. The wide range of selections can actually be simplified into 6 series, or further, to 3 aspects.

GS series is the combination between mobility, performance, and style. The goal is to pack premium performance within the most thin and light footprint, and a low-profile premium chassis. The extended battery life also adds to the portability aspect, making a great companion on-the-go.


GE Raider series _ For the Enthusiasts

GE series is born with enthusiastic gamers in mind. Aside from delivering maximum performance, from the first series to feature RGB lighting to anodized diamond cut cover, the GE series continuously brings gamers the most “bling” to show off their spirit.

GP & GL series offers the core gaming features from the high-end models, but now available across a wide range of configurations. Every gamer can sure find the level of performance they’re looking for.

GF series brings mobility and aesthetics more accessible than ever before with its thin and light design. Gamers no longer have to make trade-off between value and looks.


Digging into the Names

Now that we know the story behind each series, let’s take a deeper look into what the numbers and characters stand for in the model names.

Which Model(s) to Look Out For

If the above information has just made deciding even harder, here are a few recommendations from each series: 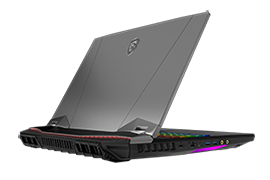 The GT76 Titan is pushing the boundaries on what a gaming laptop can be.
To satisfy even the most extreme gamers, the latest GT76 Titan sets new performance standards by pairing Intel® Core™ i9-9900K desktop processor, overclocked to 5.0GHz across all 8 cores, and top-of-the-line RTX 2080 graphics.
All this ultimate power is kept cool with MSI exclusive Cooler Boost Titan, the 4-fan and 11-pipe cooling design, for extreme gaming power.


Both 17" and 15" version now come with the new gold-trim aesthetics and sub-20mm chassis.
While the top-tier performance is undoubtedly AAA-title-capable, the extended battery life is also enough to last throughout most of the day as a daily driver. 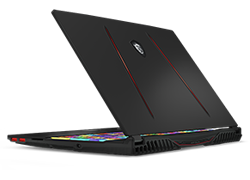 The GE65 is pretty self-explanatory with its aggressive look and top-of-the-line specs.
The first among the series to feature ultra-fast 240Hz IPS-level display, flashy RGB, red anodized diamond cut trim, what better ways to prove a true gamer? 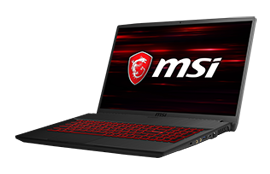 The GF75 and GF63 have bring thin and light gaming to the mainstream.
The series come with thin bezel, thin chassis, but never thin out on the performance. 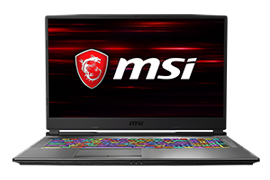 The brand new GP75 is the first within its series to feature thin bezel display.
With configurations ranging from top-tier RTX graphics to the popular GTX graphics, the GP75 offers a variety of performance for gamers to choose from.