By {{blogList.blogAuthor}} | {{blogList.date}}
At MSI we are proud to announce the smallest form gaming PC of 2019 in our gaming arsenal, the Infinite S 9th. This gaming desktop comes with everything you need for a great gaming experience without all the bulk of a traditional desktop. 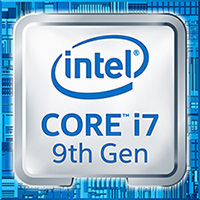 Today we are going to talk to you all about the special features that we get with the Infinite S gaming desktop as well as benchmark some of the most recent games on the market to show how it compares to its bulky predecessors.

As per standard MSI desktop specifications, the Infinite S 9TH sports the latest Intel Core i5 Processors as well as playing host to the RTX 2060 from NVIDIA.

We’ve taken the liberty of installing vertical graphics in to the motherboard vertically to decrease the risk of the motherboard and the GPU taking damage during transportation.

This is also a relatively small and easy to carry desktop. It is capable of fitting in some backpacks. Alternatively, it can be carried by hand for short distances. If you are a person who sees themselves moving around quite a bit, then this desktop would be easier to carry around than the typical custom built desktop.

When it comes to playing the Triple A titles on the Infinite S, you can expect above standard performance. However, with traditionally popular eSports titles of the past few years, particularly CS:GO and League of Legends, the Infinite S will deliver

In terms of storage, the Infinite S is provided with both a 256 GB m.2 SSD and terabyte hard drive.

Last but not least, our mini-gaming machine supports RGB color through mystic light.

So, how does this compact gaming machine perform with more recent titles? Running a quick test on Apex legends, you can expect to get an average of about 105 FPS playing on max specs at 1080P. This is based on our own benchmarks with an RTX 2060 and Intel i5 9400. Please note that at this time, there are two configurations of this gaming desktop available to the public.

What makes the Infinite S great is that Performance vs. Mobility balance that it has to offer. It's smaller than most other desktops on the market, but it's not as "bottlenecked" as a notebook. It is designed for users that find themselves on the go from time to time, but not all the time.

To find out more about the Infinite S 9Th, head to the product page on the MSI website.

Besides Infinite S 9th, MSI also has released another small gaming desktop – Codex S 9th. Unlike the square look of Infinite S, Codex S has a slimmer and taller look. With its tiny size, Codex S is perfect to be put in the living room for gaming on your TV, or in a tiny student dorm for some after school gaming. Additionally, Codex S is also a great present to for parents to give to their kids as it doesn't take up too much space in the kids' room and has enough power to run many entry level games.

Speaking of performance in gaming, Codex S 9th rocks the newest 9th gen intel CPU and up to NVIDIA 1050ti GTX graphics card, which will be able to perform many popular games like Fortnite, League of Legends, Dota 2, Overwatch and CS GO.

Like all the other MSI gaming desktops, Codex S also has special gaming software built-in, such as Nahimic 3, a unique audio software that can empower players gaming experience. Similar to many audio software, Nahimic 3 provides numerous audio control functions such as frequency amplifier and many other audio presets for users to adjust. But Nahimic 3 could do much more, with its Sound Tracker feature, the software can detect the location of the sound in 3D games and notify its user. Let's say a gamer is playing a first shooting game. Nahimic 3 could detect the surround footstep sounds and reports their location to the users, allowing them to spot the enemies immediately and secure the kills.

What makes the Codex S great is its minimalistic looks and great performance. Codex S is a stylish yet low-key desktop that can fit into any room settings. It is also designed for those entry level gamers to begin their journey. If you are a beginner looking for a lightweight gaming desktop that can run most of the current popular games, Codex S will not let you down.