From award-winning works ranging from The Little Prince to Bone Mother, Dale and Sylvie’s portfolio of work is nothing short of spectacular. For Dale Hayward and Sylvie Trouvé, work and life are irreversibly intertwined. And they wouldn’t have [...] 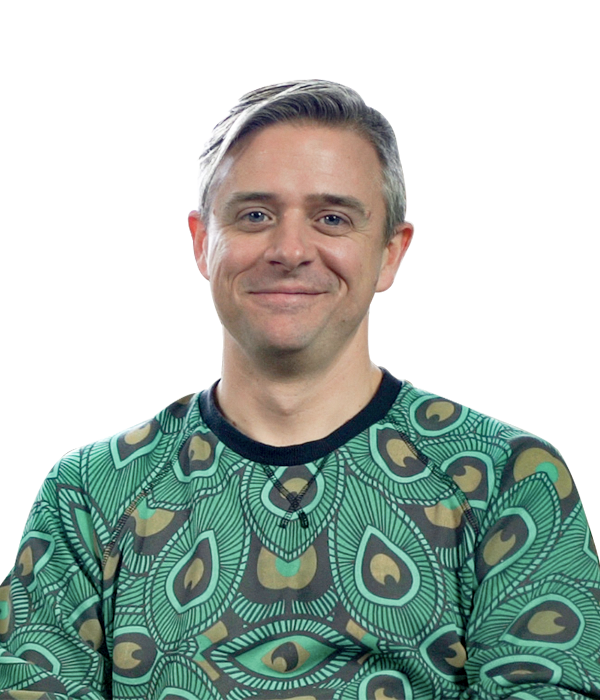 From award-winning works ranging from The Little Prince to Bone Mother, Dale and Sylvie's portfolio of work is nothing short of spectacular. For Dale Hayward and Sylvie Trouvé, work and life are irreversibly intertwined. And they wouldn’t have it any other way! They’re married and are accomplished professional stop motion animators who co-founded See Creature Studios in Montreal.

For Dale and Sylvie, Work and Life are Intertwined

Dale and Sylvie both grew up in and around different parts of the Toronto area in Canada and met each other while working at a studio called Cuppa Coffee in the city. It was there that they both got started with stop motion animation.

Interestingly, Dale initially went to school to learn traditional 2D animation. "So, a lot of drawing," he says. But he transitioned to stop-motion animation when someone came to his final graduation open house, asking people to sign up to test out at a stop-motion animation studio. "I fell in love with it instantly," chuckles Dale.

Working on various TV series and commercials was fun, but the rat race began to take its toll. "We got an opportunity to move to Montreal," says Sylvie, "we took it and never looked back!" It was calmer and easier to make smaller budgets last longer – making it easier to be independent. Although they didn’t have much family in Montreal, they've built a family of their own, which includes two kids.

Work is Fun When it Involves Something You Love

Starting See Creature just happened organically for Dale and Sylvie. In Montreal, they did a few films at the National Film Board and started getting requests from people asking them to do some work. The requests blossomed into regular work, which grew into landing contracts. Independent film making was a creative avenue that was close to both their hearts. “We started turning towards projects that are really interesting," says Dale.

"Most of our free time ends up with us drawing and discussing stories," laughs Sylvie. So, it always does end up coming back to work somehow, "and we don't mind," reassures Dale, "we both love what we do!"

"You're creating motion; breathing life into a character or an object."

One of the best ways to describe what Dale and Sylvie do so well is physically moving things one frame at a time. "Whether it's a character, an object, or even something like an Orange, you're pushing it one frame at a time," explains Dale. At every frame, you take a photograph, and the combination of thousands of such pictures creates the illusion of motion.

A stop motion animation set looks like a miniature live-action set. It has all the bells and whistles you might expect – cameras, camera stands, lights, set pieces, etc.

"In stop motion, the animator is usually in-charge of an entire scene, whereas, in CG, you can have 10-15 animators working on different parts of a single object."

Sylvie Moving the Puppet to Create an Illusion of Motion

When shooting The Little Prince (Le Petit Prince), one of Dale and Sylvie's award-winning pieces of work, they used puppets with paper clothing. On the other hand, when shooting Bone Mother, another among their well-known films, "we used a lot of 3D printing and real clothing," says Sylvie, "it really varies and depends on the aesthetic you’re going for."

Work Begins Well Before the First Photo is Taken

The creative process does vary depending on the project. When it comes to making films like Bone Mother and The Little Prince, you have to come up with ideas, scenes, positions, dialogues, and many other things yourself. But when working on commercials, "agencies usually come to us with the idea," explains Dale, "so, we can focus on just implementing that vision."

"It's a lot of work, but the end result is rewarding."

For taking the thousands of shots needed to create stop-motion animation, Dale and Sylvie use an SLR camera. Taking scores of shots to create fluid motion is painstaking work already; handling all those images from a software and hardware perspective is a whole other challenge in itself.

DragonFrame, a stop-motion animation industry standard, is the software of choice for Dale and Sylvie to capture and assemble their photos. It's a powerful tool that helps them control lighting, motion control, and so many others. "It's a powerful, yet simple software," says Sylvie. The sequence of raw images needs to be composited, which is done using Adobe After Effects. Once that's done, it’'s like editing a regular film on Adobe Premiere Pro!

Dale Focusing on Editing a Project

However, Dale and Sylvie’s work often starts way before the first image is even clicked. Since stop-motion animation requires physical, moveable models, when shooting films like Bone Mother, Dale and Sylvie had to go through the process of sculpting models in Autodesk Mudbox and 3D printing them. Doing all this does take a considerable amount of graphics and compute power.

"Just turned it on, and it worked!"

Since powerful pre-built options were scarce and building a PC on their own seemed hard, so they decided to go with an iMac. "But seeing what MSI has done with the P100 Desktop is really impressive," says Sylvie. It performs great, and is easy to get started with it. What's more, it fits into their workspace's aesthetic perfectly with sleek lines and a clean, minimal design.

"Oh God! That’s what this was supposed to look like?"

Color accuracy is especially important when working on projects for Dale and Sylvie. "We opened up an old project, which we thought was great at the time," chuckles Dale, “and found we totally missed out so many details like color, saturation, and so many other things." "I so want to go back and redo everything," he laments. 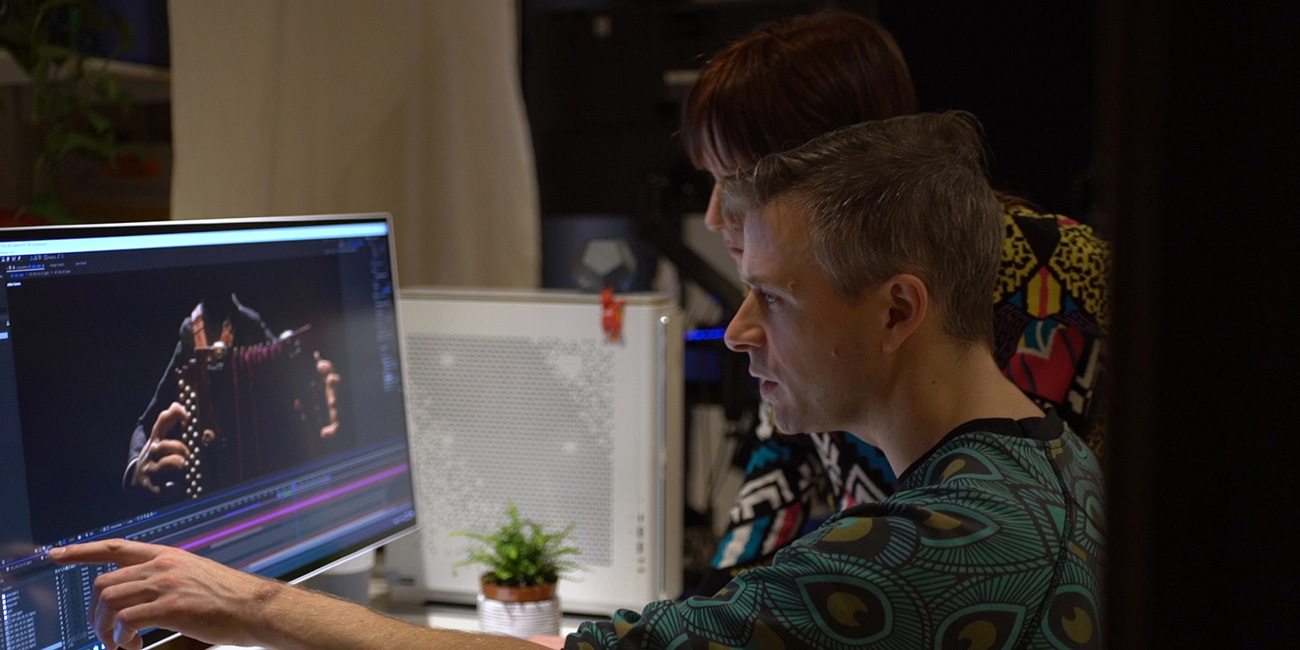 It's not just the color accuracy of the MSI Ultrawide monitor that has both Dale and Sylvie floored. The ultrawide aspect ratio allows them to work with high-resolution footage and images in Premiere Pro and After Effects, without being cramped for space. "Having all my windows not shared between multiple monitors and seeing the full resolution is a great way of speeding up the work process," exclaims Dale – enhancing both comfort and productivity.

Getting things done faster means being able to spend more time with each other for professionals like Dale and Sylvie. Having an easy-to-use workstation that just works, a display that outputs colors accurately, and improves productivity helps them focus on the more enjoyable parts of their creative process – being creative and coming up with more fantastic ideas. 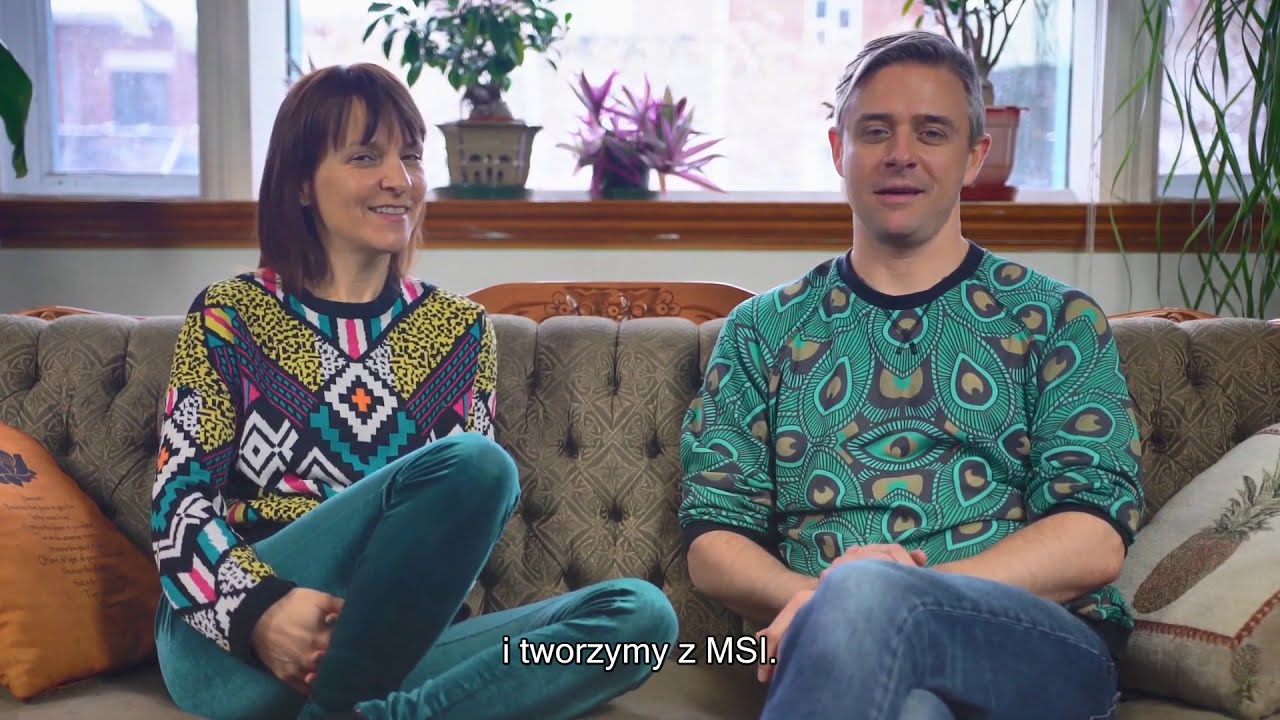