With two decades of experience in the field of film and television, Peter Eszenyi now works as a freelance Creative Director and Visual Effects Supervisor for high-ticket projects. Starting out at Territory Studio in London ten years ago, he’s [...] 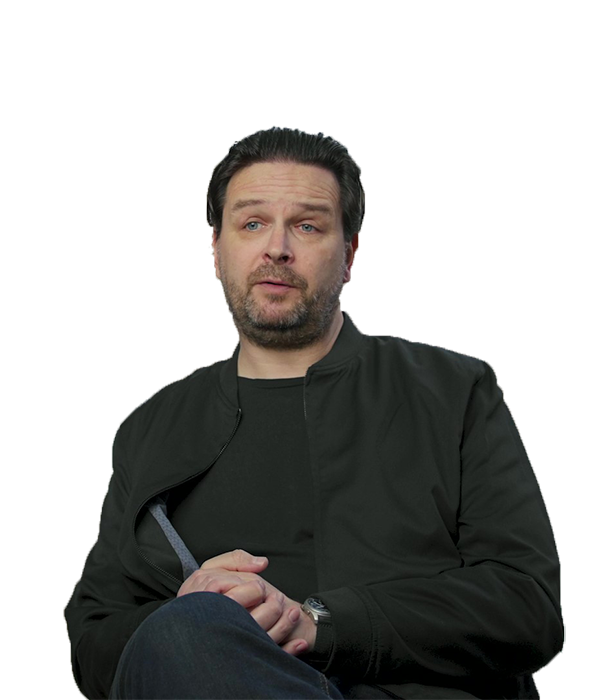 Born in Budapest, Hungary, Peter started drawing and painting at an early age. However, his first profession was something entirely different!

With two decades of experience in the field of film and television, Peter Eszenyi now works as a freelance Creative Director and Visual Effects Supervisor for high-ticket projects. Starting out at Territory Studio in London ten years ago, he’s worked on popular films like Ghost in the Shell, Avengers, and Johnny English Strikes Again, among many others. 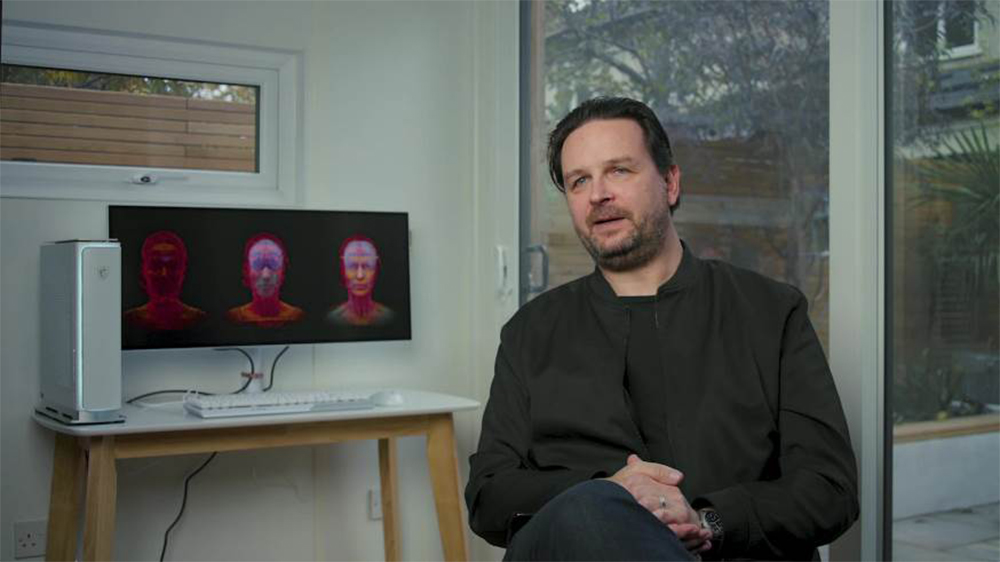 Born in Budapest, Hungary, Peter started drawing and painting at an early age. However, his first profession was something entirely different! In the late 90s, he was a singer for a band signed to Universal records, with a couple of songs even making it to the top of the charts. “I’m still into music,” adds Peter, “trying to keep up with my kids.”

“When I started out, there was no such thing as motion design.”

He joined an advertising agency as an art director early in his career, where he dealt with all sorts of projects primarily involving photography.
“But that’s when computers and CG software started to get really big,” explains Peter. When he left the advertising industry, he began working on motion graphics and visual effects. “Although in school I learned the principles of animation, they were taught without computers,” he reminisces. All his knowledge in motion design and animation using computers is self-taught.
“When I started using computers for actual work, I used software like Bryce, a fractal landscape generator,” says Peter. “It was pretty difficult to do anything else with it,” he chuckles. He then moved on to Cinema4D, which started out on Amiga computers at the time.

“Everything was super slow. Hardware was the limitation on your creativity back then.”

After a few freelance jobs, Peter started to work for Territory Studio, which was a very small outfit at the time. In fact, Peter was the very first full-time employee at Territory, and he helped it grow more prominent over the years. “I met a lot of incredible people there,” he exclaims, “I was fortunate to work with a lot of brilliant designers during my time there.”

When a large movie project is in the works, studios always like to keep everything under wraps. There’s always a strict NDA (Non-Disclosure Agreement) involved. Peter worked on many such projects as well, and the process begins with the art departments. The production designer, the film’s director, the studio’s director sit down and tell the team and me what they want to see.

“We come up with ideas, and execute those ideas.”

“Digital visual effects are driven by computers,” Peter explains. It takes a lot of processing power to execute complicated ideas. He used a custom-built PC with an i7 processor that could handle most tasks. However, rendering for bigger projects was still too slow to be done locally. “Rendering is usually outsourced to a render farm with thousands of PCs,” explains Peter. “But it’s still important for me to be able to do some things locally,” he says before adding, “I can’t send smaller concept scenes to the render farm, and that’s why it’s important to be able to use both CPU and GPU for rendering on my own machine.” 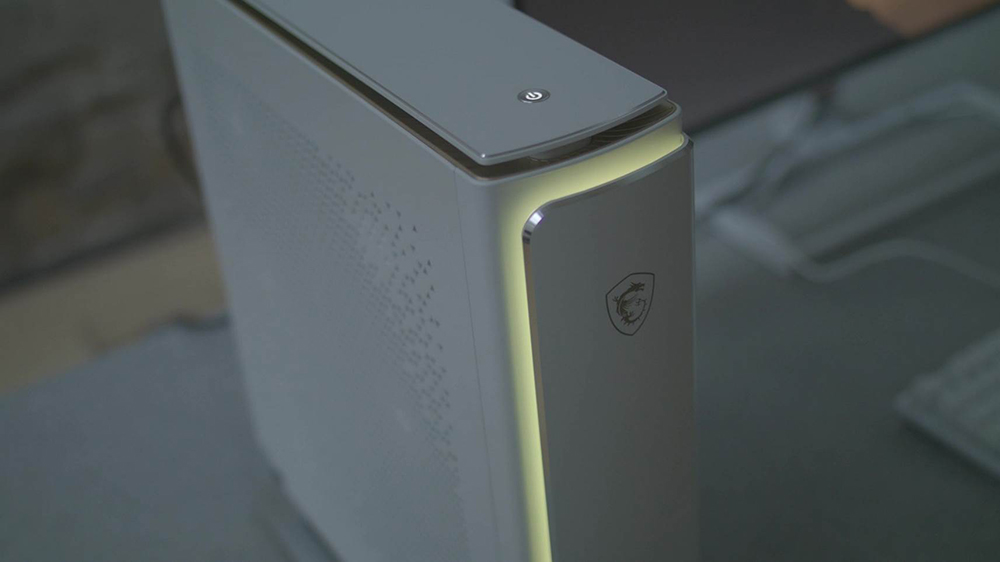 “When you think of PC’s, you think it’s huge; it’s chunky; it’s going to look like a huge tower in the middle of your desk.”

That’s exactly why Peter was pleasantly surprised with the MSI Creator P100X Workstation PC. “It looks so light and nice; most people expect something heavier when they think of a PC,” he chuckles. Moreover, it performs quite well.

The concept of a pre-built Workstation PC excites him. It’s about saving as much time as possible. Taking a machine out of the box, plugging it in, and have it ready for work at once without wasting any time troubleshooting or configuring different settings is quite valuable. “Stuff like that is fun, but for me, time is more important – I’m happy if I can save time,” grins Peter. 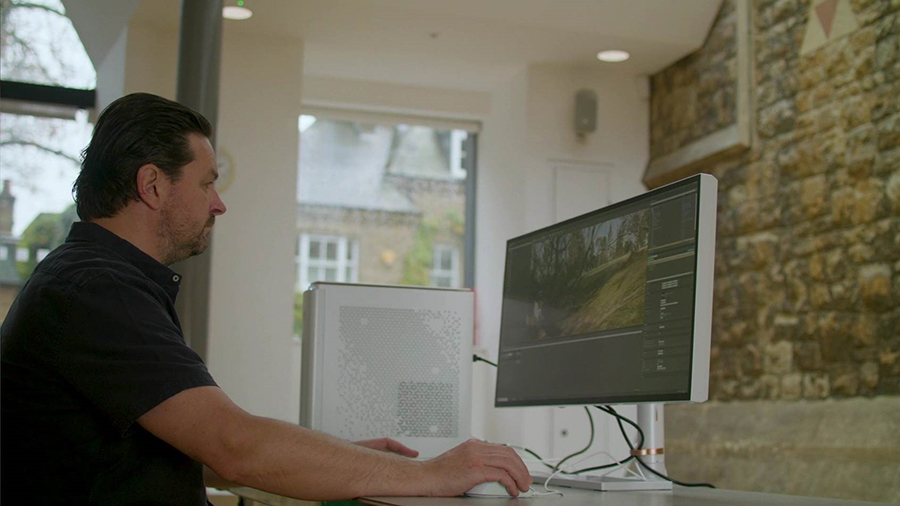 “Because of what I do and where I am in life, it’s not about getting something cheaper. In my profession, people prefer solutions that work straight out of the box.”

In his line of work, Peter generally relies on applications like Cinema 4D, Adobe Premiere Pro, Substance Painter, Unreal Engine, and a few other digital content creation apps. “They all worked just fine on the P100X,” says Peter happily, “the machine works absolutely perfectly and is fast thanks to the 64 Gigs of RAM and the new Intel i9 processor.”

Switching from his old PC to the MSI P100X Workstation PC was immediately noticeable. “The new machine is a lot faster; I like it!” he says. He describes it as an excellent and pleasant experience rather than a more clunky one. Peter further expands, “it’s so great to have something that’s well-built, looks nice, and most importantly, reliable. “That’s critical in my line of work,” he stresses.

“It’s like switching to a nicely-designed sleek car from a heavy bus. Everything feels so much nicer.”

When asked about the MSI PS341WU 5K Monitor, Peter launches into explaining how it feels more refined than the 4K monitor that he was using before it. “Somehow, it’s just an overall more pleasant experience,” explains Peter. He further adds, “Colour accuracy is incredibly important in my line of work, and it’s great that it all comes pre-calibrated, and I just have to take it out of the box and start using it.”

“It’s more pleasant for my eyes compared to other stuff I’ve worked on; don’t know why.”

The MSI Creator Center software also allows you to allocate more resources to your professional applications. “It’s really cool that you can configure the whole thing in there and set up profiles,” says Peter. He loves the fact that the Creator Center gives him more control over certain aspects of his workstation while being able to watch temperatures, and speeds, and all that other information in one place.

Jama is a freelance concept artist/art director working in the film industry. He graduated as an aerospace engineer in the mid 2000s, but made a career shift to chase his dream of becoming a concept artist. Jama has worked on movies such as “Star Wars”, “Avengers: Age of Ultron”, “Aladdin”, and many others.