While most people graduating from film school pursue more traditional career paths in the film and media industry, Jordy's passion for teaching led him towards educating others who wanted to learn. Even as a kid, he wanted to become a [...] 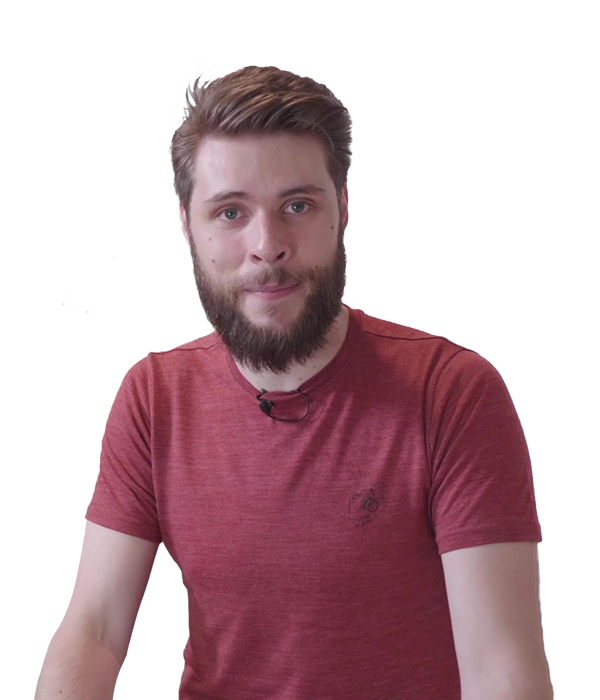 I do feel that there is a better stability coming from the Creator P100X compared to other machines in the office.

From a professional Video Editor and producer to inspiring and teaching a new generation of creative professionals, Jordy Vandeput has enjoyed a truly fascinating journey. He founded Cinecom.net in 2014, an online education company that helps future filmmakers with comprehensive, expert online tutorials.

While most people graduating from film school pursue more traditional career paths in the film and media industry, Jordy’s passion for teaching led him towards educating others who wanted to learn. Even as a kid, he wanted to become a school teacher, “for some reason,” adds Jordy. 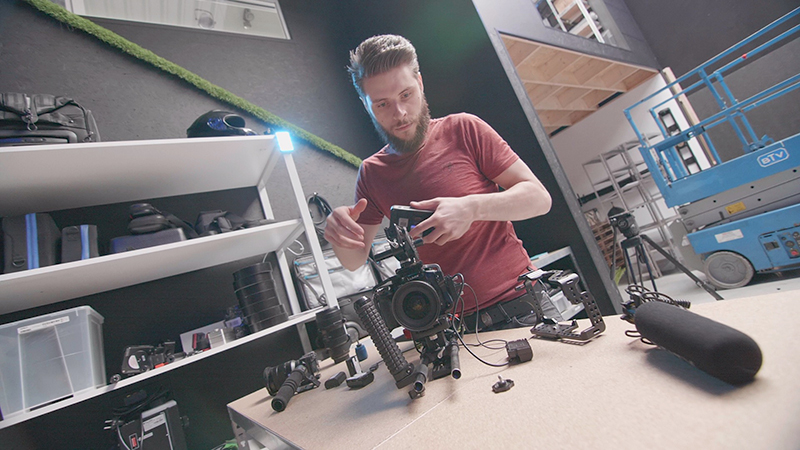 With supportive parents who encouraged his hobbies and interests, Jordy got to buy his first camera at 12. He started by shooting skateboarding videos on his new camera – “I just wanted to make something creative,” Jordy grins.

"It's turned into a full-time job now, which still feels very strange."

He started out as a freelancer – working the camera, editing videos, and other tasks within his skillset. "Teaching online with videos was just a side hobby at the time," says Jordy. But his online teaching started gaining traction – allowing him to transition to full-time in 2018 and making YouTube tutorials.

Cinecom's tutorials cover everything from camera work to postproduction. Jordy explains, “We go over visual effects and lighting, and pretty much anything related to making and editing videos."

"In the beginning, I didn’t have much equipment at all."

When he started, it was just Jordy and a camera. It was a talking-head type of video tutorials, “very basic,” he adds. In fact, at the very beginning, it was just Jordy recording his laptop screen to teach prospective learners how to create a title animation or add effects.

Today, Cinecom has several employees to handle all aspects of the creation process. They work as a team, with every team member contributing and helping each other out as needed – no set roles as such. When there’s more video editing or more setup in a project like lighting and set building, the team shifts tasks among them accordingly.

Although he started with a MacBook Pro, Jordy quickly figured out that his applications of choice could run better on a PC that costs way less than even the best MacBook on the market. "After all, Premiere Pro looks the same on Mac OS or Windows," he grins, "it doesn’t make a difference when using the application." 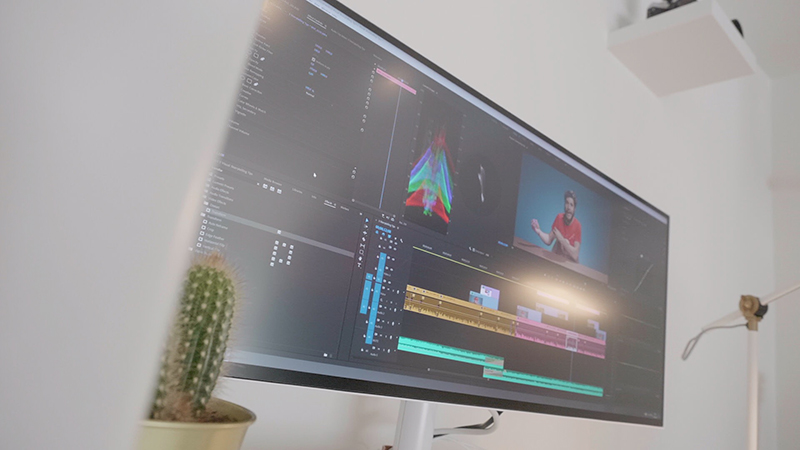 "For ideas, I usually just look up at the ceiling and think: hmm, what could I create?"

Producing high-quality video tutorials of the kind that Cinecom creates requires a lot of hardware and equipment. When asked about the process of making a tutorial video, Jordy explains that it all starts with an idea. Now, that idea could come from staring at the ceiling or researching popular topics online.

Once someone has an idea, it’s quickly filmed without any lighting to see if it works. When that seems okay, scriptwriting can get started. “After the script’s wrapped up and ready to go, we usually just shoot our presentation,” says Jordy. When the final and B-roll footage is ready, they begin editing using After Effects and/or Premiere Pro.

"Video Editing still relies a lot more on the processor; it’s a common misconception that the graphics/video card play a more important role."

stability and performance increases across the board. “I would spend the most money on my processor, and only then look at the graphics card,” says Jordy.

A better, more powerful graphics card does improve performance, but as you inch towards the truly top-tier options, the performance improvement can become more imperceptible. However, Jordy explains, "with the processor, the more you have, the better."

I have the P100X standing here next to me, and it’s just top-notch hardware. It works smoothly."

Having a YouTube channel means working pretty much every day of the week. Whether he’s at home or at the Cinecom studio, Jordy can often find himself needing to work. That's precisely why he loves to have a work setup at his home as well. “The clean lines of the creator-focused MSI Prestige hardware is perfect,” he says, “it doesn’t have that gamer RGB lighting – it fits here very nicely.” 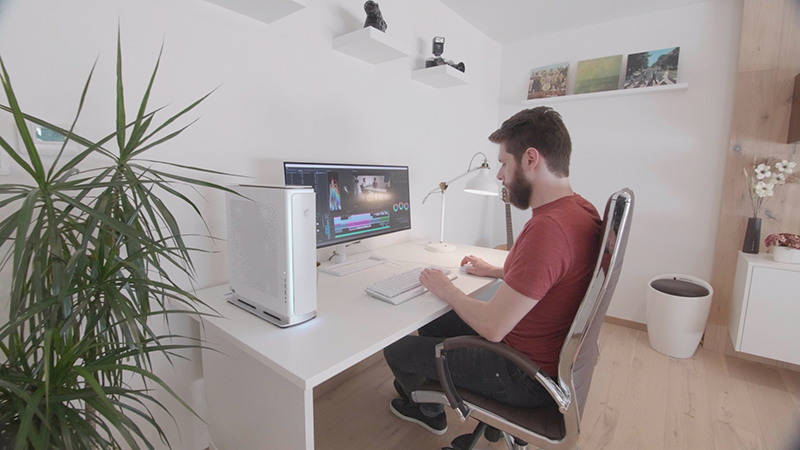 "We work on similar hardware in the studio, but somehow, it seems like the MSI P100X, for whatever reason, doesn’t crash as much when using Premiere or After Effects."

"I do feel that there’s a better stability coming in from the fact that MSI manufactures most of the parts used in the P100X,” he says, gesturing at the desktop, “it doesn’t crash as much when using Premiere Pro or After Effects."

The MSI Creator Center software also allows you to give more resources to your professional applications. “You can really feel the difference while working,” Jordy exclaims.

Crashes and stability issues waste so much time in the creative space, which is why careful validation and compatibility checks are paramount for any workstation. This way, you spend more time doing what you love – creating and following your passion. 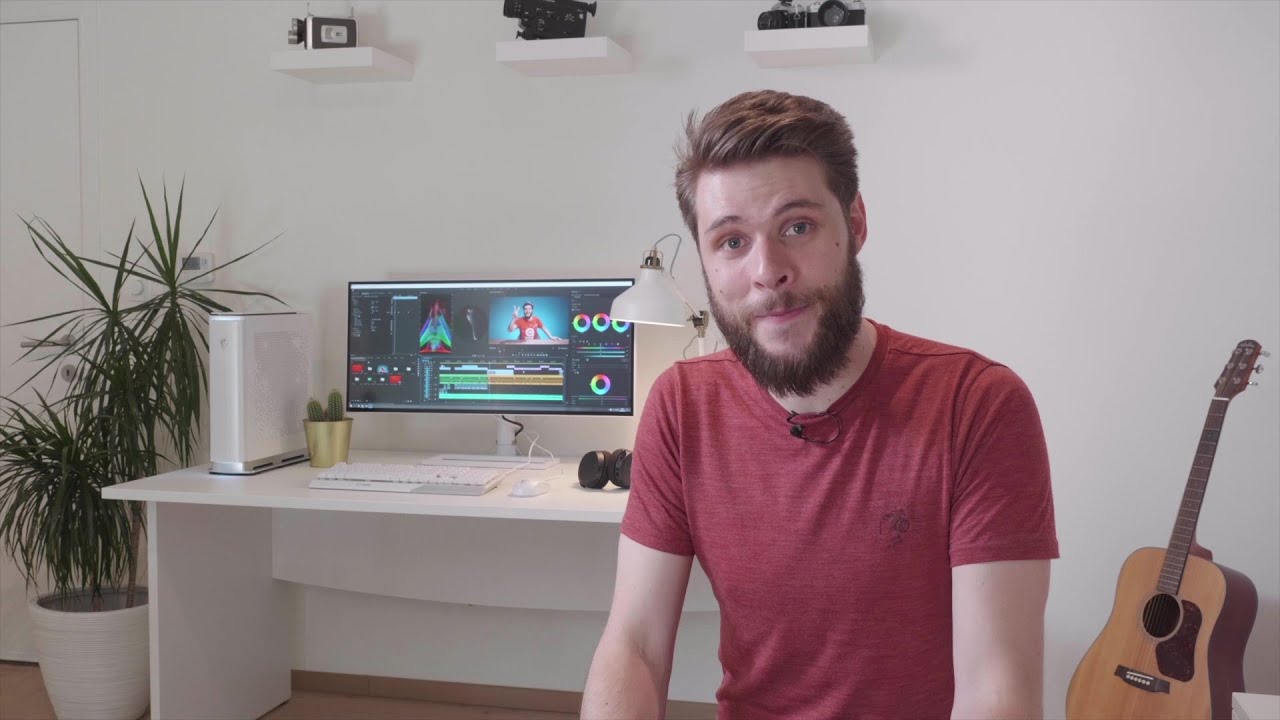 Rin Mansor is a tech content creator based in Malaysia. He makes informative video content to entertain with beneficial content. My video content creation journey started with creating entertaining comedy content. But being a tech lover at heart, now I am on another mission of making informative content to help people understand the inner workings of tech using simple layman terms and make informed purchase decisions.