From cooking to being a mechanic, to now, a professional videographer, Stéphane Couchoud has undoubtedly come a long way. Today, he’s known for publishing training courses on videography and is a successful videographer-director with a rich background of [...]

“We all see the world differently, and these differences are what give rise to creativity”

Stéphane’s social background led him towards the field of photography and videography. As he’s never had any formal training, his story is both unique and encouraging at the same time. His earliest inspiration stemmed from trying to film his motorcycle acrobatics and adding special effects to the resulting footage. 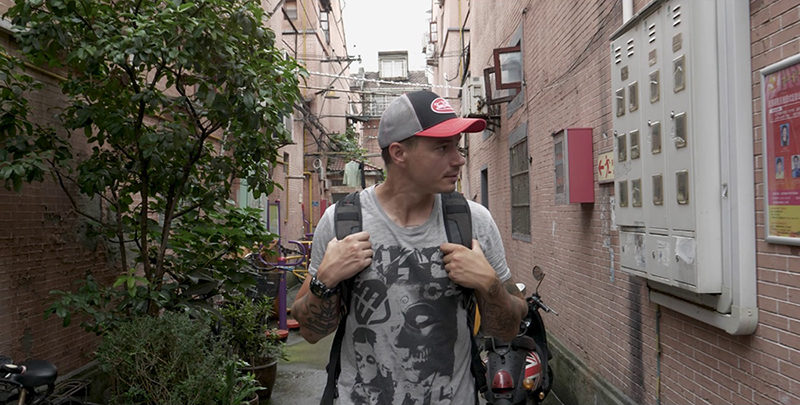 “We all see the world differently, and these differences are what give rise to creativity,” believes Stéphane. He grew up in a tough neighborhood, and all early practice was on the street. Stéphane chuckles, “I have a saying I like: the street was my school; it became my playground.”

Even today, the inception of almost every project results from creative sparks in his journey through life. New, exciting spots catch his attention at once, and he loves traveling and discovering unexplored landscapes. 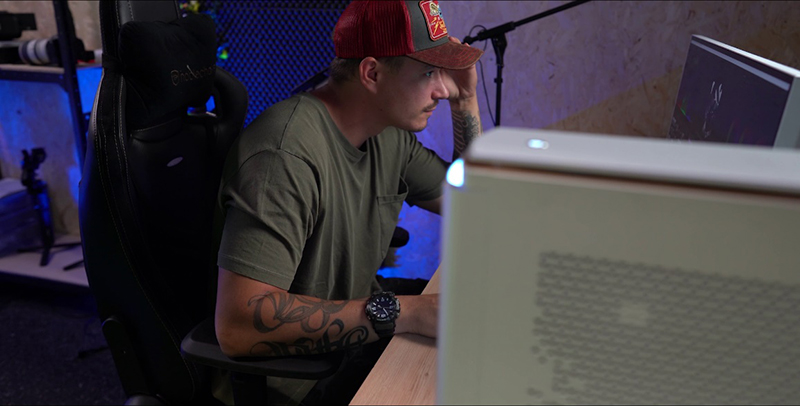 Stéphane has been working as a videographer-director for many years now. He tends to focus on areas related to drone shots and video recording. Besides working as a professional videographer, Stéphane also likes passing his knowledge on to others who want to learn using courses on video editing, color grading, post-production, and special effects.

“I know my abilities well; it allows me to take more risks during the shooting.”

He began uploading his work to YouTube because he needed to show his creations to everyone. “I found it very rewarding,” says Stéphane. Not only does he love sharing his skills and work with a broad audience, but he also wanted to share them with professionals in his field. YouTube was the perfect outlet to achieve both goals.

Although some YouTubers call their audience ‘subscribers,’ Stéphane prefers calling them ‘friends’ – “because they are!” he exclaims. They are incredibly passionate and rely on his honest and open way of saying what needs to be said. “I’m not here to play a role on the internet,” Stéphane explains, “my personality reflects in my work.” Over time, this relationship with his audience has become intimate, and even after having hundreds of thousands of followers, he still feels like he has a bunch of friends who just love following his work. 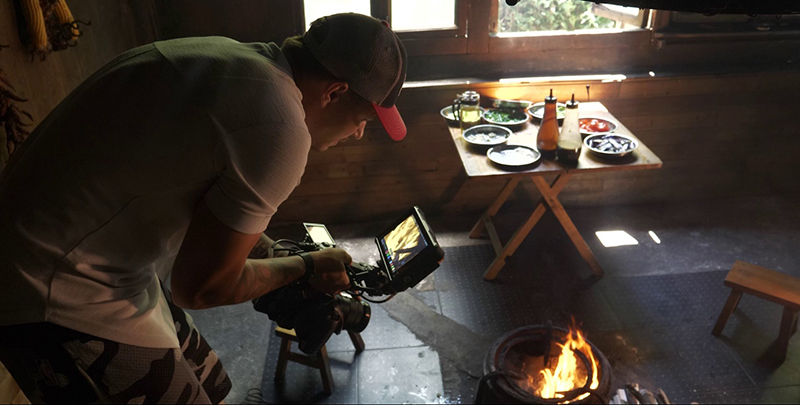 Stéphane’s career has allowed him to work on a diverse set of projects for an equally diverse group of brands and businesses that value his skillset. Besides working in advertising for businesses in the clothing, perfumes, automobile, and culinary spaces, Stéphane has also enjoyed working on film projects and music videos for artists both in post-production and shooting phases. “In fact,” he says, “Cinema is taking more and more room in my profession now.”

“You may have the biggest cameras, the most expensive optics, but if you don’t have a computer that can handle the resulting images, everything else quickly becomes irrelevant.”

So, what does it take to get all this work done at a professional level?

When asked about the three most essential pieces of equipment he uses, Stéphane immediately responds with, “a good camera,” before adding, “an FPV drone to give more depth to photos, and a powerful Creator Desktop.” He believes there’s no need to have a lot of bulky equipment. You can do beautiful things by hand now as hardware and software stabilization has come a long way. 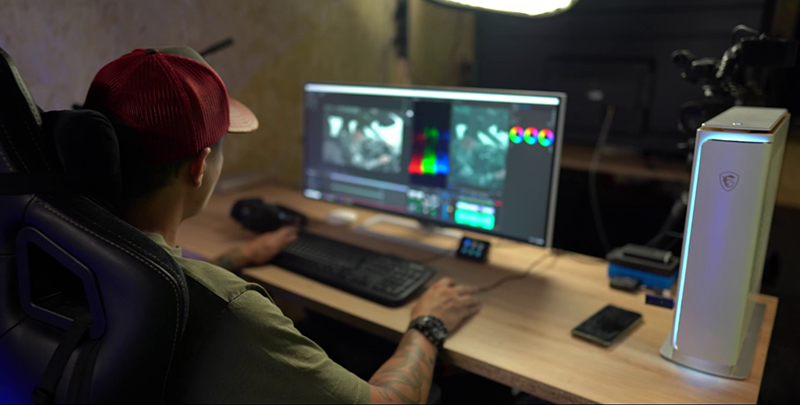 Stéphane uses the MSI P100X Creator Desktop every day – especially for projects that need a lot of resources. “Having a case of this size, so quiet and ventilated, is a real boon,” he gushes. Not only does it hold its own when you need raw computing power, but it also looks extremely discreet and fits in well with his studio.

“Demotivation comes fast when you’re unable to work on your photos,” says Stéphane, “and in this profession, demotivation is the scourge.” However, when you’re using a Creator Desktop that can keep up with your thoughts and ideas – it’s a pleasure to work and explore even further.

“Color fidelity is a must when you do color grading.”

The Prestige PS341WU features an ultra-wide panel with a 21:9 aspect ratio. Not only does it give Stéphane a larger workspace when editing, but it also ensures consistent color fidelity for professional color grading. 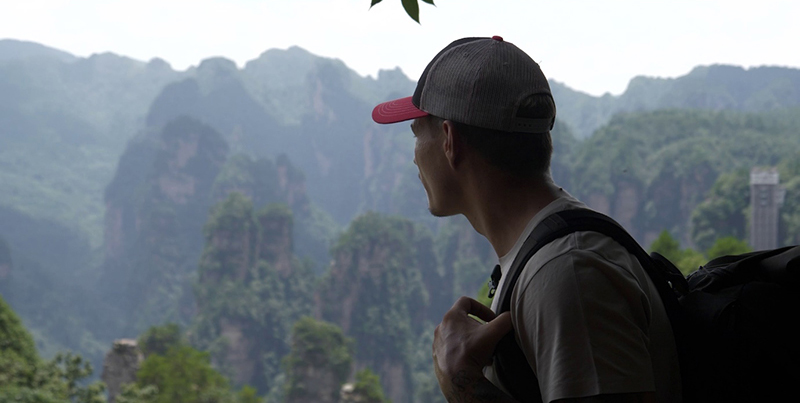 While most people graduating from film school pursue more traditional career paths in the film and media industry, Jordy's passion for teaching led him towards educating others who wanted to learn. Even as a kid, he wanted to become a school teacher, "for some reason," adds Jordy.

Rin Mansor is a tech content creator based in Malaysia. He makes informative video content to entertain with beneficial content. My video content creation journey started with creating entertaining comedy content. But being a tech lover at heart, now I am on another mission of making informative content to help people understand the inner workings of tech using simple layman terms and make informed purchase decisions.